There has been much debate over the “best” wax for candles.

There is a common perception that soy wax is somehow superior, (being “natural”) but also due to its appearance: soy wax has a creamy opaque texture, whereas paraffin is whiter and slightly translucent. Soy candles tend to burn slower than paraffin ones and require a higher percentage of fragrance to create a good scent – therefore are usually more expensive to produce.

However, The National Candle Association has provided the following statements:

It is often claimed that soy wax is better because it is 'more natural' and 'less harmful to the environment' than paraffin. However this is a misnomer!

Paraffin is a by-product of the petroleum industry, therefore something that already exists and is made use of - so no additional harm to the environment there.

Also the processes to harvest soy and convert into wax uses petroleum in various capacities (vehicles used to harvest, transport, etc.) so really the so-called 'eco-friendly' nature of soy isn't any greater than that of paraffin.

Some people claim allergies to paraffin-based candles and this may be true, however it is more likely the allergy is caused by a particular fragrance composition, or a poor quality wax rather than the blend.

Lulu at the Taj!

Rajmahal Palace - fit for a princess 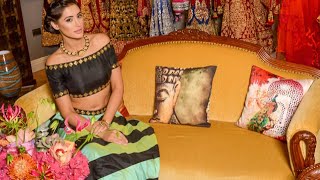